It is obvious that the publication of educational material and scientific works is really one of the important activities of the faculty administration.The state educational institution "Khujand state University named after academician Bobodjon Gafurov" has been publishing and printing its publications since the very beginning of its work, along with the beginning of work at the University of the Council for the introduction and publication of research works, since September 2017, the Department of science and innovation has created a Printing Department.

The printing activity of the University also works on the basis of decisions and proposals of the Council for the implementation and publication of research papers. Today, this Council has reviewed more than 90 textbooks and manuals, scientific works, at each regular and extraordinary meeting on the proposal of the press Department of the University are considered and analyzed from 4 to 9 books. Only after the permission of the Council and receiving a copy of the decision of the Scientific and methodological Council, the author of the proposed book can get permission to print.

Now in the printing Department of the University has two staff: Hamraliev Nasimjon Abdullojonov, candidate of philological Sciences, associate Professor, head of Department and Karimov Farruhjon Islamovic chief specialist of the Department, who are primarily in accordance with state standards and the standards of publication of scientific works and according to the requirements of the applicable rules of the Tajik language editing process publication publications faculty and staff of the University. 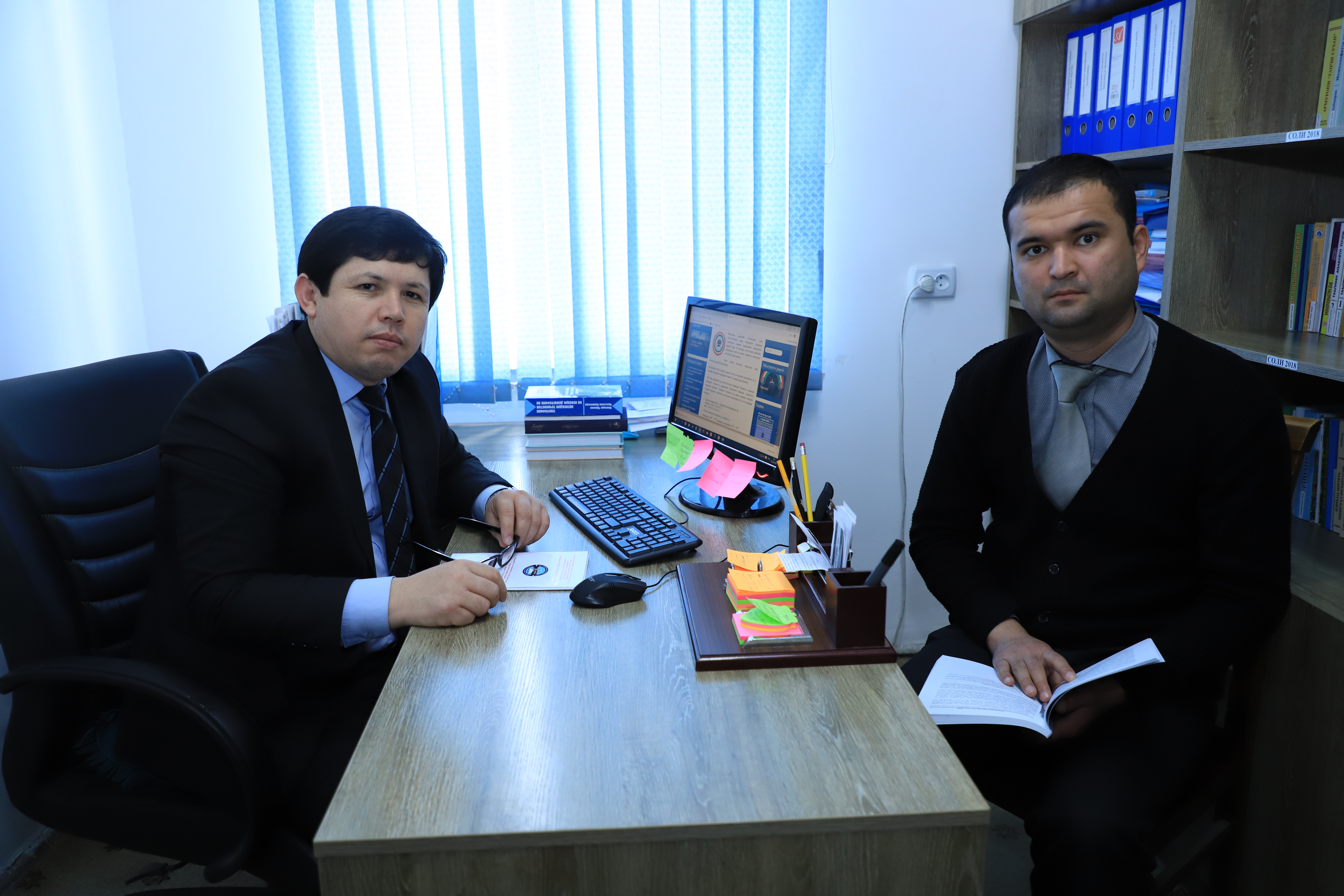 Along with the establishment of the Department it staff to identify priority areas of work and relevant provisions of the print works, on the basis of studying the experience of other universities first made the "Regulations" of the printingDepartment, then on the basis of proposals of departments of the faculties "The plan of published works of the teachers of the University for 2018" and approved it on the Academic Council of the University. At the request of the faculties, the Department was offered more than 260 books and textbooks and scientific works, collections of articles, development and editing of sources and other teaching AIDS. To date, 56.1% of the total number of materials have been printed according to the plan, that is, 151 complete materials offered to the printing Department, only in 2018 60.5%, that is, 92 titles.

The results of the University's printing Department from January 2018 to November 10 2018 can be estimated from the following table:

The Department staff published more than 135 methodological and educational books and manuals monographs, scientific papers in 2018. Moreover, there are about 20 scientific works that are in the final stage of packaging, and some of them are in the printing process.

In addition, on the basis of decisions of the academic Council of University orders of the rector of Khujand state University named after academician B. Gafurov, the authors of monographs single currency and nominations of scientific articles in the amount of 1500 somoni, was in magazines in the Russian Federation in the category of 300 to 600 somoni, which today received an award for the monograph of 7 people and more than 80 people received remuneration for scientific articles.

The leading scholars have contributed to the fact that the process of developing textbooks, educational-methodical manuals, scientific monographs, scientific articles, and publishing activities of the university has been radically changed, and the purpose of this information is also stated.

At the same time, the tendency of increasing the process of evaluation of books, educational manuals and scientific works can be found in the statistical directory of central library of Khujand State University named after academician Bobojon Gafurov.

It should be noted that the information were taken from the statistics of the central library of university and the quantity of submitted books can be noticed in it. That being said, there might be more novels but they were unfortunately not added to the library. From one point, if all of these novels show the way of evaluative knowledgeable quality of our teachers but from another point, it notifies about the great lack of not having meaningful novels printed out by our teachers. We all know that the place of books are the library and it keeps all the writings in many years.

In 2018, an appendix was created exclusively for mentoring and informing teachers and students of various specialties, which included a book photo, a summary of the content of the book, the print edition, the size and format of the book.

The appendix contains 92 works, and their classification is based on the content and structure of the books, first it is about conversation of conferences, second is about educational materials, third it is about the complex of scientific guides and fourth is about scientific monographs. In addition, a list of books published by the printing house of Khujand State University, named after academician Bobojon Gafurov as in “Nuri Marifat” and after a while the names of other printing houses were also mentioned.